I entered the Seine 5km south of the Port Arsenal which is at the end of the Canal du Saint Martin and next to the Bastille. The Port entrance is through a lock entered by calling the Capitainaire on VHF from the river or by coming down the canal from the north. 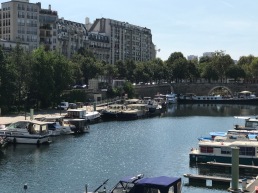 The Arsenal is superb, very surprisingly the cleanest water seen in France. Possibly due to the fact it has a very good black tank pump out facility rather than dumping waste straight into the river/canal. So much so that I decided to use the Port washing machine rather than mine and muck it up. The port is next to the Place de la Bastille and its Metro underground station. Notre-Dame cathedral is only a 30 minute walk along the Seine and the Paris Plages with deck chairs, bars, food and live music. 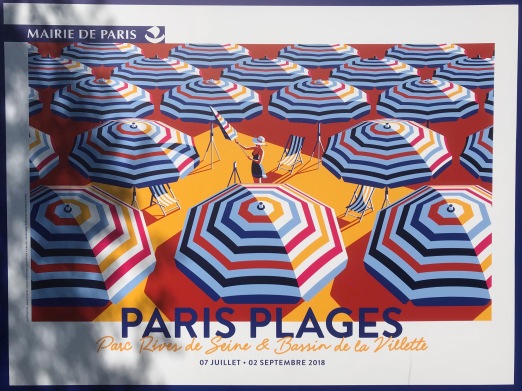 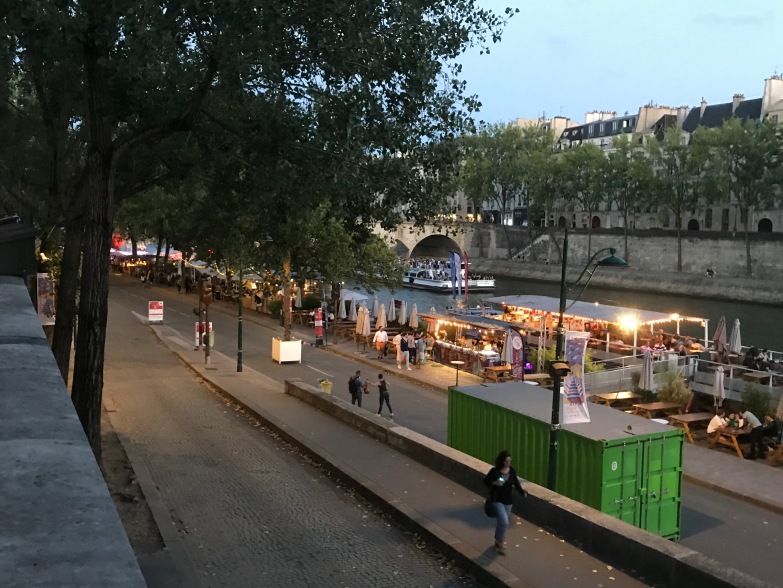 The port had plenty of space with a lot of the regular boats out cruising. I extended the visit for a week without any problem. Facilities for boaters are very good. The port is not fully secure but it felt secure with cameras and security staff around. A reasonable area for Nutty to play and with regular dog walkers passing by many were happy to let their dogs off the lead. Some strange sights also, apparently a popular place for filming. Goodness knows what?

Back onto the Seine heading upstream for 85kms to the Canal du Loing at Saint-Mammes. 7 huge locks to negotiate. The Seine even in Paris is much tamer than the Thames through London. There’s no tide and little current at this time of year to slow me down. The commercial barges and hotel boats are very large and have priority over pleasure boats. Having said that the locks are so big there was never any question of not getting in. The locks (2 at each point) are manned by staff in a control tower who operate the automatic system. I checked in on VHF and even with my appalling French managed to be understood, although one did ask me to speak English and on another I could hear laughter in the background! The process was reasonably quick and easy with rising bollards to attach a line to. 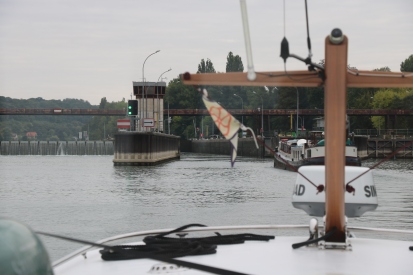 Mooring places on the river are few and on the main river bank so choppy when a boat passes. I intended to do this trip in 2 days and moored up for the one night at Melun, a pleasant town with good moorings but as predicted choppy. A Dutch hotel barge I’d seen and spoken to few times stopped there as well and kindly got me a fresh baguette in the morning.

The river is fairly wide with plenty of room for everyone. Keeping out of the commercial barges is essential to help them and always gets a thank you wave.

Even going upstream I was making 12km/h easily without the engine screaming. Once clear of the industrial areas, the scenery of the Seine became more attractive the further I went. However, I was ready to move onto quieter waters at the end of the second day. 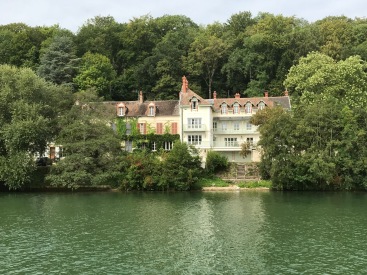