After 18 months using Windsor as a base mooring it’s time to move east towards France. Windsor and Eton have been a fabulous place to live, so much going on and so kind of the Royal Family to liven it up the last month with a small wedding. I’ve made some great friends on and off the water and parked next to a smashing pub couldn’t have been better. Nutty’s having a holiday with my dog sitter Irena and family as she can’t cross with us under the pet passport scheme. She’ll be joining later.

Departing Windsor on Tuesday 12th June made for Hampton Court Palace. A 6 hour trip with 9 locks, thankfully 7 were manned easing the trip. 3 nights at Hampton enjoying the delights of the Mute Swan pub. Mooring is free for 24hours then £8 each day after. Friday I moved the short distance to Teddington Lock, slightly more expensive at £9.50 but Teddington has a good range of pubs and an M & S food. Mick Boden joined me on Saturday for the cruise to France. Sadly Matthew a boating friend and neighbour from Windsor couldn’t join us as their lovely Border Collie Jack is seriously ill after a tick bite. Get well Jack. 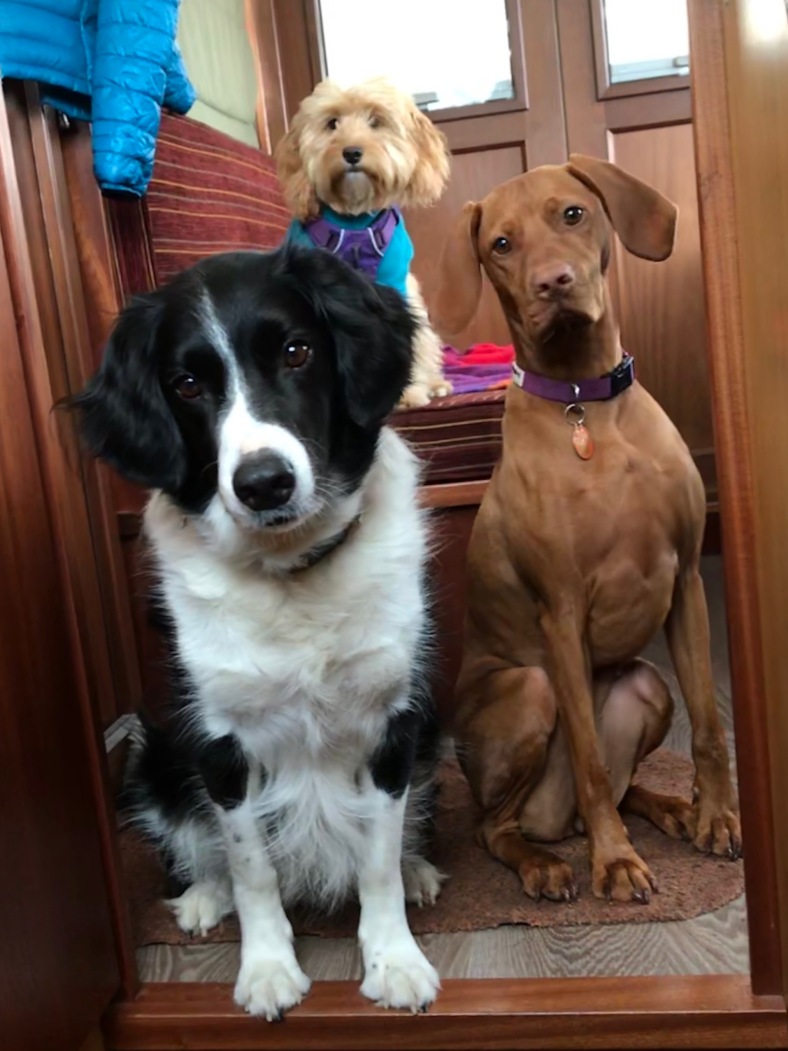 Mick and I left Teddington at high water on Sunday at 0550. The initial cruise was fast (for a barge) as the water rushed to leave the river. 8 knots with the engine barely ticking over. We managed to maintain this speed until just past Tower bridge with little increase in power. London was unbelievably quiet, only a few PLA patrol boats and 3 high speed clippers passing us. The video covers the trip from Battersea to Tower Bridge.

Beyond London and the Thames barrier the river widens. Around Tilbury docks we met a few large commercial ships coming in and out. Nothing causing any difficulties with the channel so wide easy to keep clear. The tide was well and truly coming in slowing us to 4 – 5 knots with the engine running at 1800rpm. Into the Sea Reaches round the Isle of Grain the westerly wind had increased and threw us around as we went beam on. Once in the shelter of the River Medway and the final turn into The Swale things settled down. Thankfully few boats were moored on the floating pontoon at Queenborough so fairly simple to dock with the wind blowing us on. The pontoon is a few hundred meters from shore connected by a walkway on mud at low water, floating at high water (fun after a few beers). After 10 hours 15 minutes we were ready for several beers. 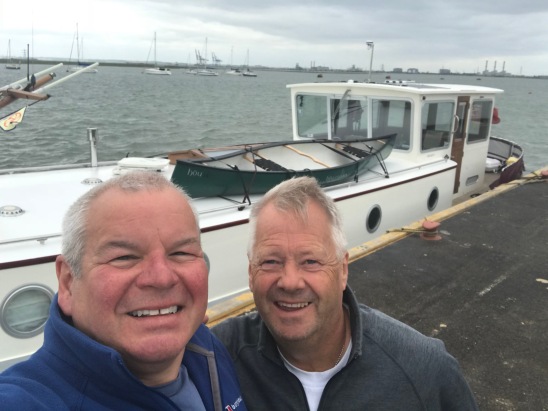 2 thoughts on “Good Bye to Windsor”